The Toronto Heschel School was founded in 1996 by experienced and specialized educators who chose Rabbi Abraham Joshua Heschel as the religious and philosophical inspiration of the school, to impart to the children the spirit of awe, thanksgiving and wonder. Our Jewish Day School opened its doors in September 1996 with 52 students, from JK to grade 3, in the educational wing of Beth David Synagogue in Toronto. In 1999, The Toronto Heschel School applied and received a grant from PEJE (Partnership for Excellence in Jewish Education) to expand its Junior High Programme at the Adath Israel Synagogue Building. In 2006 the school proudly moved to its current home and amalgamated the two campuses into one 45,000 square feet building located on 6.2 acres of green space. The Toronto Heschel School includes 20 large classrooms, a Beit Midrash, a computer lab, an art studio, a large indoor gymnasium, a library and two music rooms. 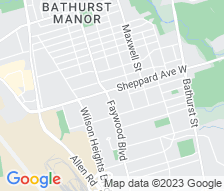